Power To The People: Catalysing A Movement Through Collaboration

Alex Ebert is best known as the lead singer and songwriter for Edward Sharpe and the Magnetic Zeros. Beyond his accolades and musical impact, Alex is fiercely passionate about democracy and changing the way we vote and engage with things we care about. In this episode, Alex and Nick Thomas combine forces to share their collaboration and Proxy, a platform representing the people’s vote.

In Alex’s episode, you will learn…

Inquiries and Insights from Alex’s episode…

In Ebert’s first band, Ima Robot, he became fixated with this concept of traditional professionalism and success. With his focus on conventional wisdom, Ebert lost contact with his innate instinct to make regular everyday choices for himself. It was almost as if he’d become a robot with programming that wasn’t his own. Instead of asking “what would Jesus do?” he began to think back to his childhood and ask what he’d do as a child. It was this very inquiry that preceded the brilliance of Edward Sharpe and the Magnetic Zeros coming into existence.

Conventional wisdom tells us there is a path that we should all be following. It defines the course of acceptable action that many of us have grown up anticipating as we move through the educational system and into the world of adulting. The degree to which you can tune out social media messaging and turn up your own voice will dictate the amount of space you have to discover your own path.

In Ebert’s case, his process of embracing the unknown was to go into an incubation-like stage. He turned off everything imaginable to discover his own version of professionalism. Perhaps you’re not completely off the grid, but is there something in your life you’d like to redefine or restructure?

How do you know if you’re on the right path?

It’s a courageous, and sometimes seemingly impossible, feat to hit the pause button for many. Uncertainty may be an indication of the fear of change, but by relaxing some specific expectations you have about how you want things to be you may receive information that may have been unintentionally blocked by having blinders on. Call them synchronicities or unexplainable coincidences, Ebert believes that by changing your mindset you can and will open new doors that may not have been seen in your resistance. He also has to actively remind himself to choose a different course of action when he notices himself gripping to a specific outcome. His personal reminder is to breathe in love and breathe out self-celebration.

If you’re following Ebert’s advice, you’ll know that you’re here doing the very thing you were put on this Earth to do and not worry too much about the outcome. The right path for you is not necessarily right for anyone else.

How do you stay determined through thick and thin?

Fulfilling your greatest dreams and desires may not win the hearts of the masses overnight. Day in, day out choosing to cultivate a foundation that you can stand on will likely not look like a cookie cutter, manufactured success. Like many impact-oriented entrepreneurs, the analogy of success can be compared to that of nature. It takes time to seed, nurture, tend, and gently encourage the beauty of your vision into existence. From his own experience, Ebert shares that the slow burn fosters a deeper understanding of your ripple effect due to the intimate time you’ve spent integrating and aligning along the way.

When Edward Sharpe and the Magnetic Zeros first released their now world-famous song “Home” it was by no means an immediate hit that went viral. Over the course of ten years, the song eventually gained traction to become the household favorite we known and love today. It wasn’t smooth sailing over those years, but their deep-rooted self-belief was what catalyzed a greater reward through the criticism and doubts.

What is it that you can stand by? Sure, you may get knocked over a few times, you may wobble, but the depth of your roots will establish the foundation and stability through the tough times. Find the victory and self-celebration within. Trust your process and believe that the wisdom you hold is of profound value no matter what. 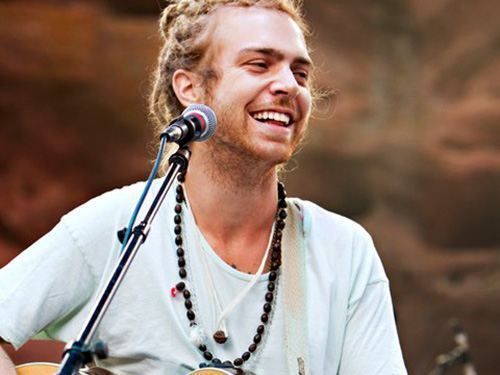