Chloe Smith is one half of the dynamic band Rising Appalachia.  Accompanied by her sister, Leah, and a diverse group of wildly talented musicians, the band has toured in many locations around the world, has millions of streams, and is the creator of the Slow Music Movement.  From horseback to sailboats, train rides to walking, these sisters combined passionate activism with their creative pulse to make more than just art for art’s sake.  It’s about something bigger than just the music – it’s a revolution led by a collective of individuals inspired to change the standards of the industry and leave every city they visit with more than a few good shows.

In Chloe’s episode, you will learn…

Thoughts inspired by some of Chloe’s favorite quotes

“You’re Calling is Sometimes Louder than Your Comfort”

Being a professional musician was never the initial goal for Chloe Smith.  She grew up in a community of musicians and was one of the few kids running around with a bunch of adults.

It didn’t even occur that being a musician was a viable professional career path at the time.  Both her and her sister were raised playing classical piano but weren’t interested in investing in the musical route until after they graduated high school.

One of Chloe’s favorite quotes is “your calling is sometimes louder than your comfort”, which contributed to her bravery to take the stage time and time again when music did, in fact, seem to be part of the path.  Her quote beautifully represents this aspect of no longer being able to let the discomfort distract you from your purpose.  Chloe shared that she’s made tons of material that has never made it to production and that she is usually her own greatest critic.

Is there something that’s been calling your name, but also seems wildly uncomfortable?  Sometimes the path isn’t clear until it is, and even then it’s constantly evolving.  Notice the breadcrumbs along the way and keep putting one foot in front of the other.  Whether you’ve already taken the leap into entrepreneurship or you’re on the fence, the unknown and uncomfortable unfortunately deter so many from choosing the path that beckons their name.

Don’t let your comfort zone keep you forever.  Check out what’s on the other side.  If you’re anything like Chloe, you’ll combine aspects of your life that you’re deeply passionate about for greater impact and reach.

Unlike her sister, Leah, Chloe was really uncomfortable on stage and had to make a conscious effort to choose this path.  The sisters had always been very close and were deeply passionate activists.  Using their voices for political purposes was the fuel that helped spark their music career, and ultimately a greater movement.  This quote from their father naturally invoked a deeper meaning to their music.  They set out to spread awareness about the issues that mattered to them and used the music as a platform to reach people in nontraditional ways.

The Slow Music Movement and Rise Collective became ways for them to honor the creatives and place attention on the misaligned values of the music industry.  They talk openly about the pitfalls and injustices happening in the music industry.  It’s all about leaving the towns they visit better than there were before arriving, advocating for slowing down and rooting deeply into the culture.  It’s more than just the music for them.  It’s about inspiring people to create the change they wish to see in the world.

Whether you’re an activist, artist, musician, or all three, the common thread is to inspire a deeper feeling, an action, a thought, something that alters or interrupts what was once there before. Even if you believe you haven’t a creative bone in your body, there is a way to incorporate art into your life or business.  Add artistic elements to your environment, listen to an inspiring talk about something you’re interested in, or invite a friend to join you at a local event.  Get involved with something that matters to you.  Create a life that has a deeper meaning, something more than just the money, something that has the ability to make each day greater than the day before. 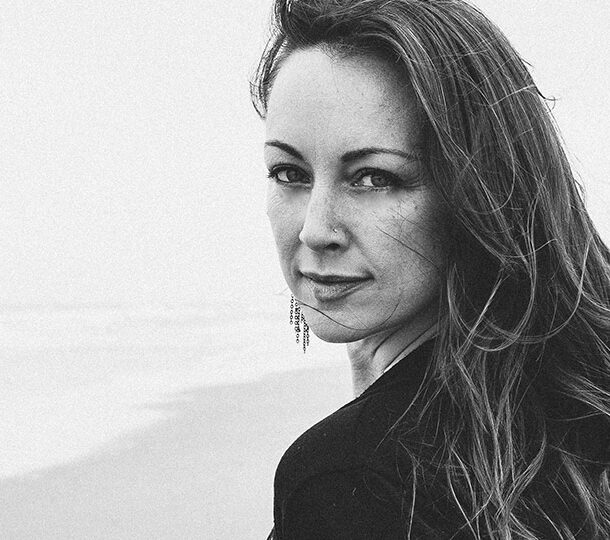